Since the Middle Ages, the legend of the Benevento witches has circulated throughout Europe.

It is difficult to say what exactly served as the basis for such stories. Most likely, they were caused by a combination of pagan beliefs and rituals of the Roman time and the Lombards.

In the 1st – 2nd centuries, the cult of the Egyptian goddess Isis, wife of Osiris and mother Horus, spread in the Roman Empire; during the reign of Domitian, the Temple of Isis was built in Benevento.

It should be noted that Isis, as the mother goddess, was often depicted with a child in her arms.

The Lombards, being Christians, continued to worship their pagan gods on the banks of the Sabato River.

During the ritual in honor of the Supreme Deity Wotan, the skin of a goat was tied to a tree, the warriors tried to tear it into pieces, and then ate it. Women also took part in the ceremony.

Of course, in the eyes of Catholics, all this was nothing more than devil worship. According to legend, in the 7th century, Saint Barbatus accused the Lombards of paganism, but the political situation was tense – Byzantine troops approached the walls of the city, and Duke Romuald agreed to give up worshiping his gods in exchange for saving the city.

Miraculously, the Byzantine troops left, and Barbat, becoming a bishop, cut down a walnut tree, uprooted its roots and built a church on this place.

Since 1273, evidence of witches’ sabbaths under the walnut tree on the banks of the Sabato appears.

The first trial of the witch from Benevento took place in 1428, and in 1634 a real scientific work on this topic was published – the treatise of the physician Pietro Piperno “On the magical walnut tree in Benevento”.

Backed up by court testimony and “scientific” evidence, stories of witches, in the Benevent dialect of “Yanar”, are multiplying and overgrowing with details.

For night sabbaths under a walnut tree, not only local sorceresses flock, but also from afar, on brooms or with the wind, they worship the snake, arrange feasts and dances with the devil and demons, and then send damage and misfortune.

Pregnant women, babies and sleeping women were at particular risk.

Only in the 18th century, during the Enlightenment, attempts were made to find the historical roots of the legend, and to explain the behavior of women by natural causes, for example, mental illness or the abuse of hallucinogenic herbs.

By 1860, Benevento’s archives contained about 200 records of the trials of witches, but all of them were destroyed so as not to provoke popular unrest against the church.

The legend of the Benevento witches has been used by many writers, poets, playwrights and composers in their works. 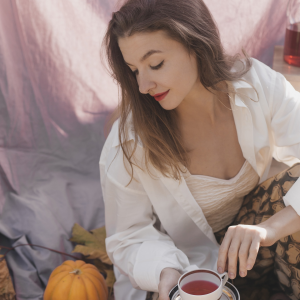 damnpixie
My name is Taylor Bloom and these lands is dedicated to those who want to find themselves in the chaos of life. My concept is wellness. I pay attention to all important areas of life, not limited only to physical or only psychological health.
View Profile
Show Comments
2 Comments:

I knew a little bit about the Egyptian Goddess Isis but very little, and I knew nothing about the early Christian perspective, the witches and the history that followed. Thank you for an interesting and informative read.